Required cookies are essential to let you move around the website and use its features, such as accessing secure areas, shopping baskets and online billing. These cookies allow our website to provide services at your request.

Functionality cookies are used to remember the choices you make, e.g. your user name, log in details and language preferences. They also remember any customisations you make to the website to give you enhanced, more personal features.

Targeting cookies collect information about your browsing habits to deliver adverts which are more relevant to you and your interests. They also measure the effectiveness of advertising campaigns.

This site uses cookies and related technologies for site operation, analytics and third party advertising purposes as described in our Privacy and Data Processing Policy. You may choose to consent to our use of these technologies, or further manage your preferences. To opt-out of sharing with third parties information related to these technologies, select "Manage Settings" or submit a Do Not Sell My Personal Information request.

Built for aggression and built to win: the Hyundai i20 rally car

Just unveiled at the Autodromo Nazionale Monza in Italy, the 2017 Hyundai i20 WRC rally car is all set to take on the world in the 2017 FIA World Rally Championship. Boasting more power, thanks to an increase from 300 to 380bhp, the Hyundai i20 WRC specs include a more aggressive appearance to match its improved aerodynamics, reduced weight and increased mechanical grip. The Hyundai i20 rally car has had to meet a raft of new WRC technical regulations and will be fighting it out through all 13 rounds of the 2017 WRC Championship. Hyundai Team Principal commented: “Having finished in a fighting second in 2016, we want to demonstrate our ability to fight for the Championship next season – and we are confident the i20 Coupé WRC will help us do just that.” 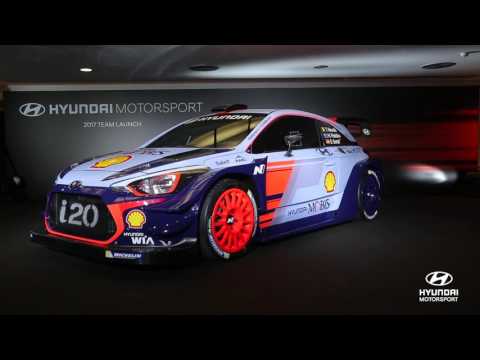 The Hyundai i20 WRC represents a big treat for motorsport fans, but if you want to experience the joys of an i20 every day, Endeavour Hyundai dealerships can offer you a choice of three models: the award-winning i20 family hatchback, the sporty low profile of the i20 Coupé and the i20 Active compact family crossover. Just enquire about a test drive and discover the Hyundai i20.

Building on success: the Hyundai i20 rally car

To find out more about the Hyundai i20 WRC or the production model, please call us or send us a Hyundai i20 enquiry

Send a Hyundai i20 enquiry

Simply enter your postcode below to find your nearest dealership:

Immerse yourself even deeper. Visit our social channels.

Endeavour Automotive Group are proud members of the following organisations: